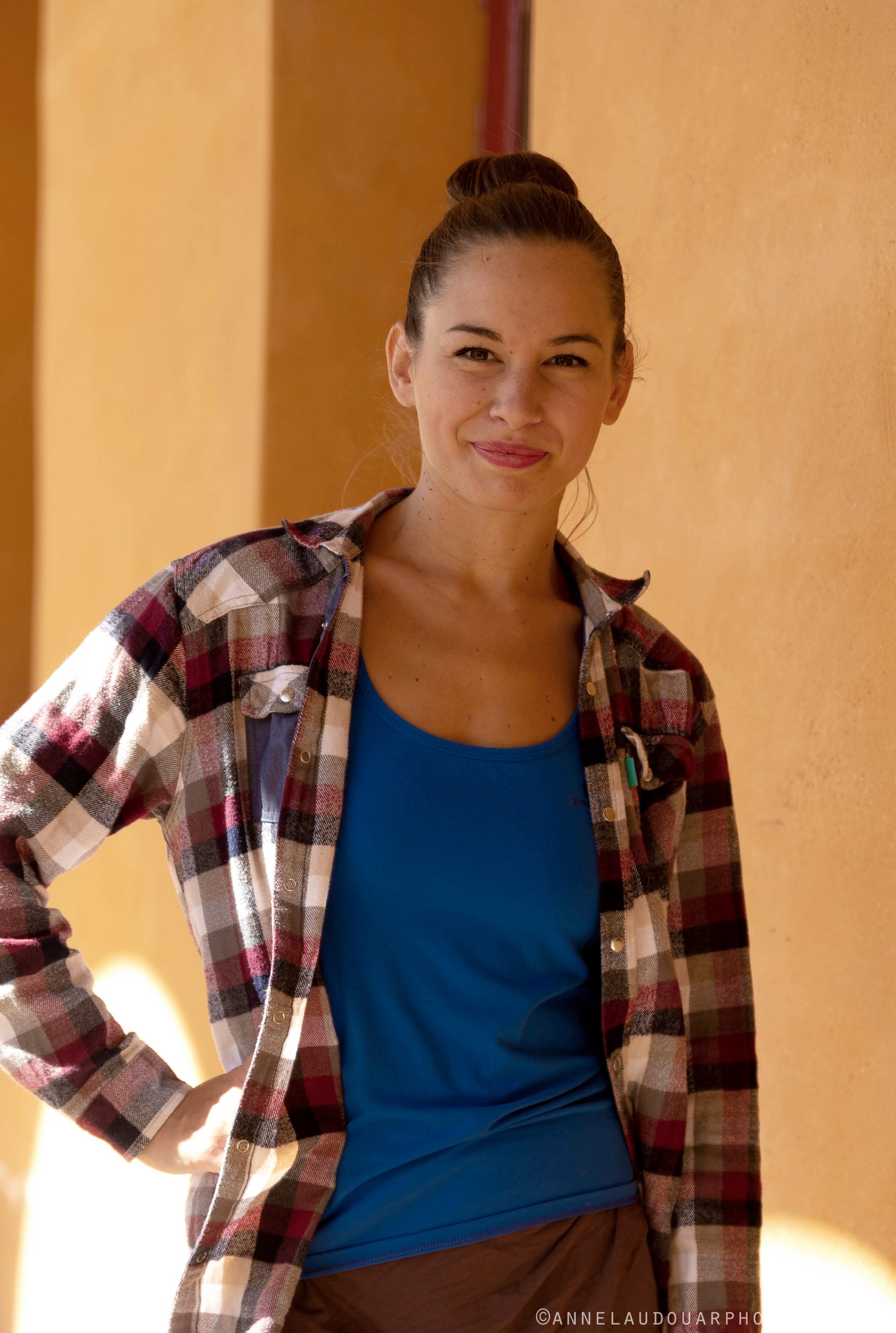 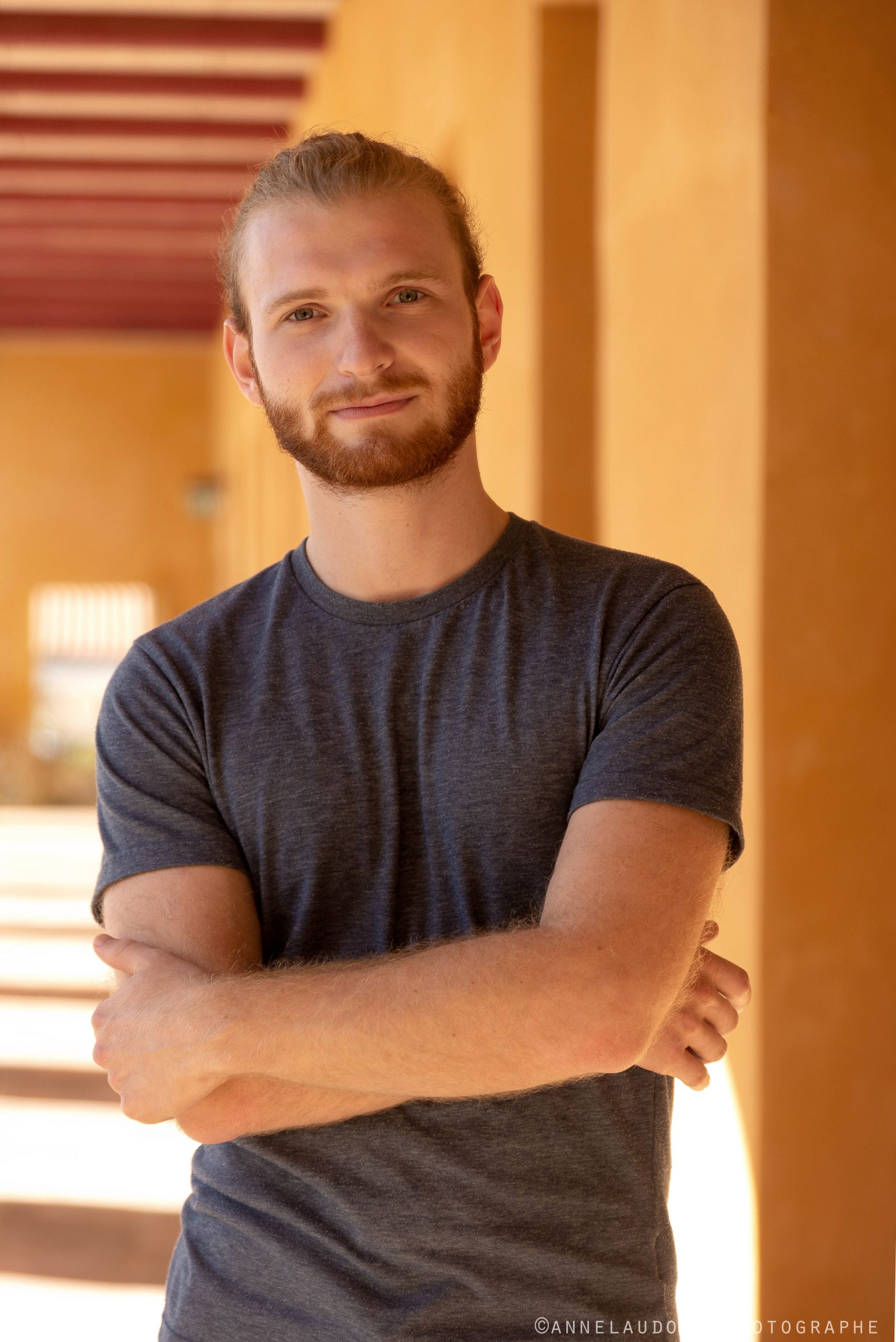 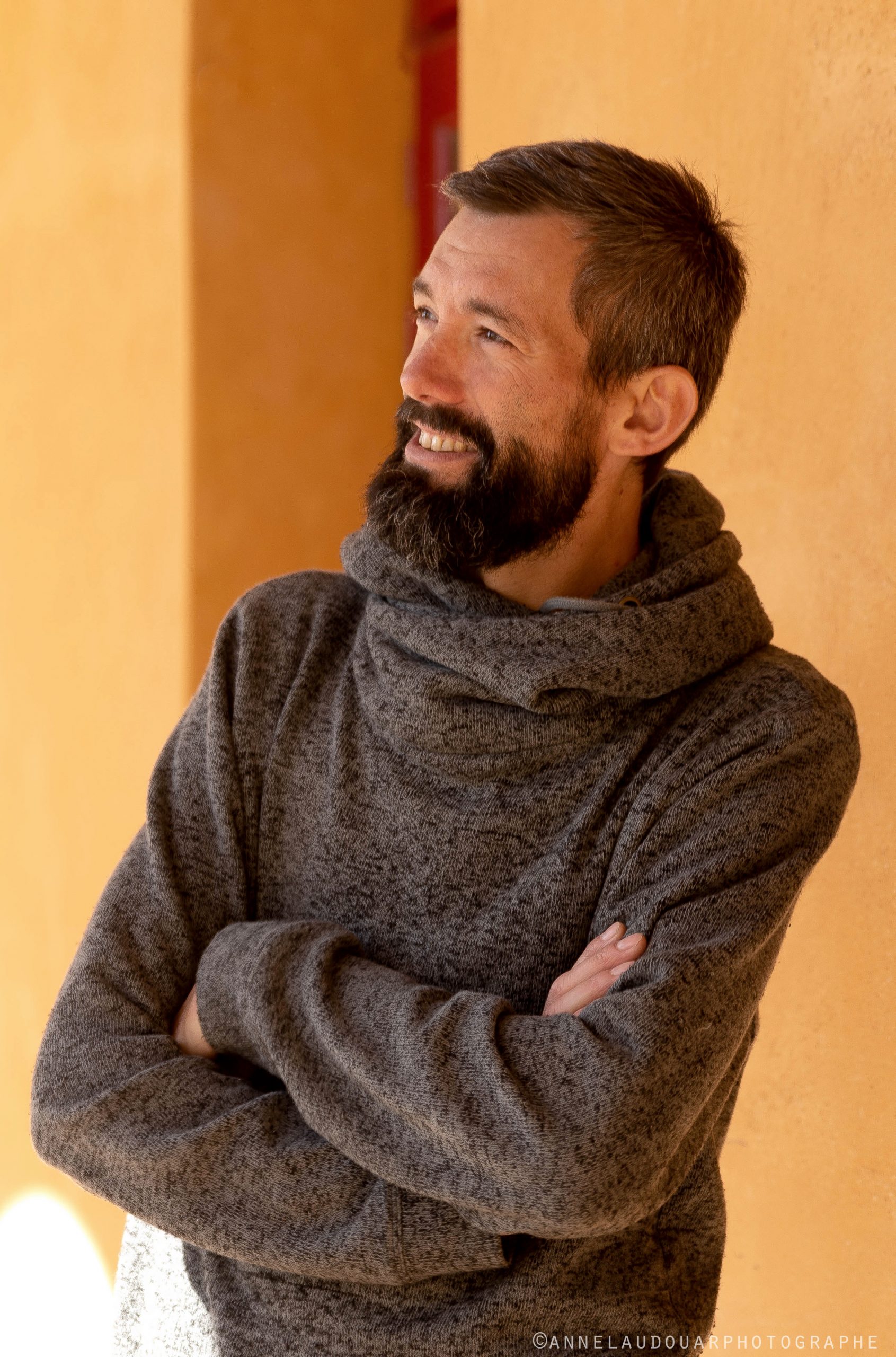 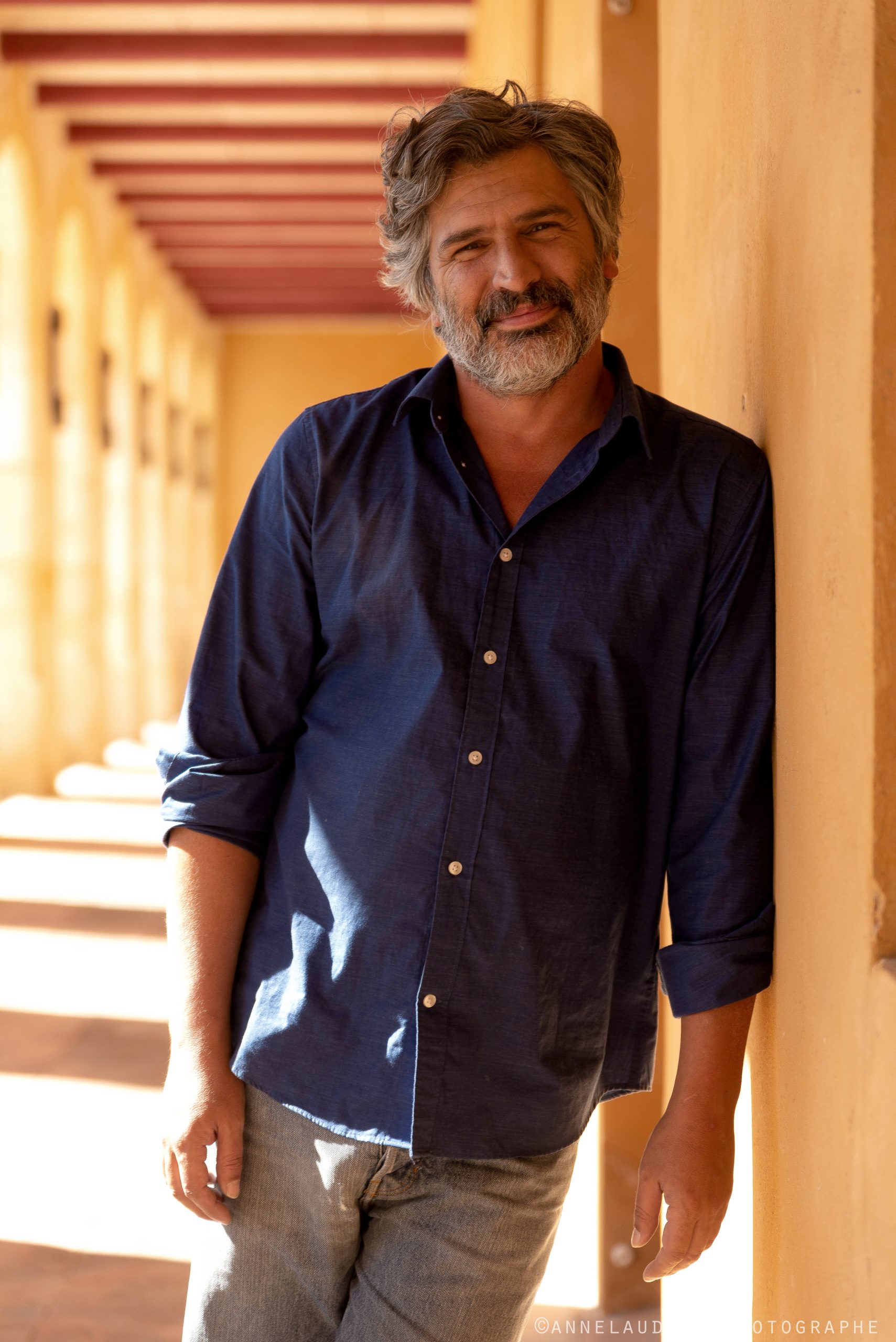 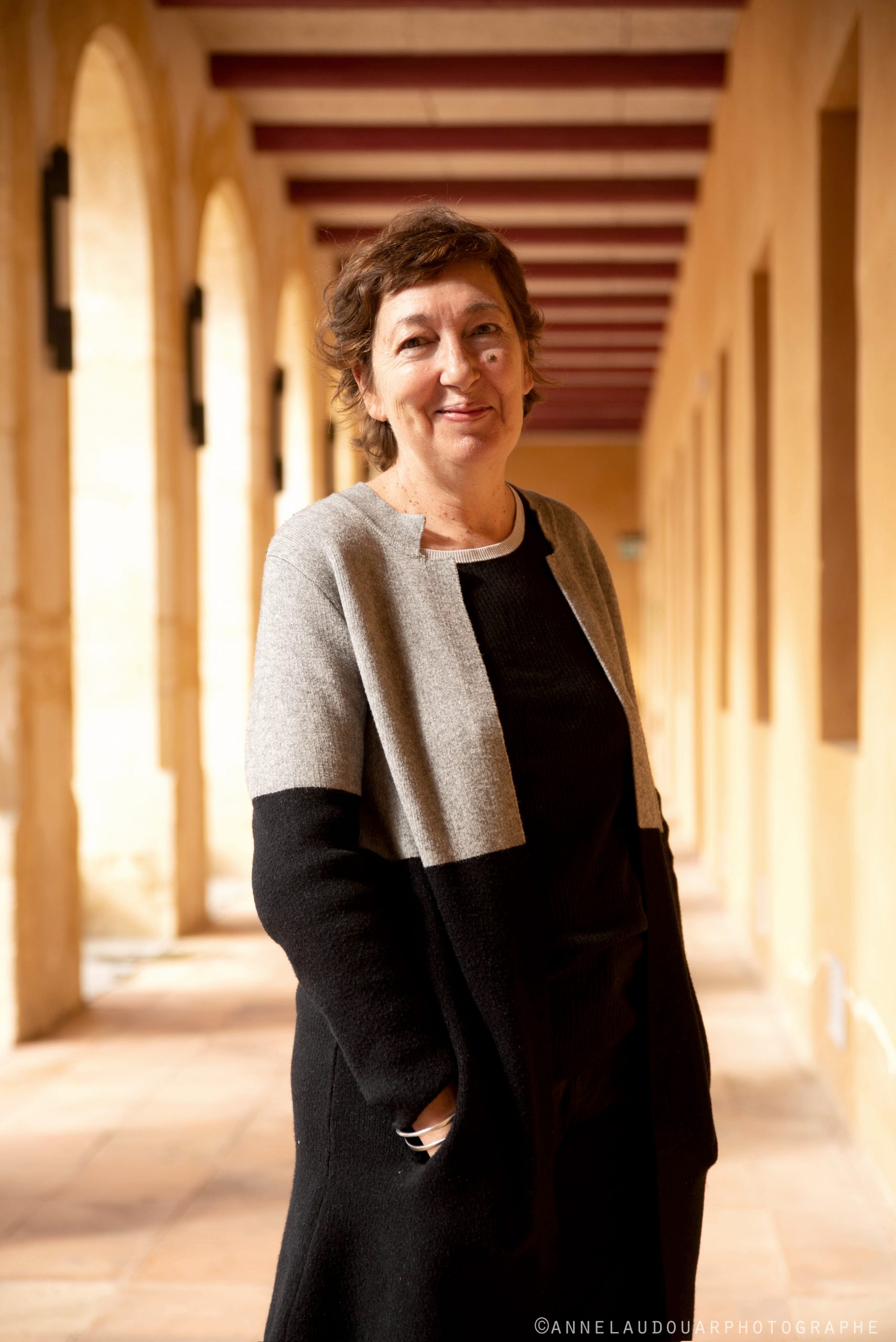 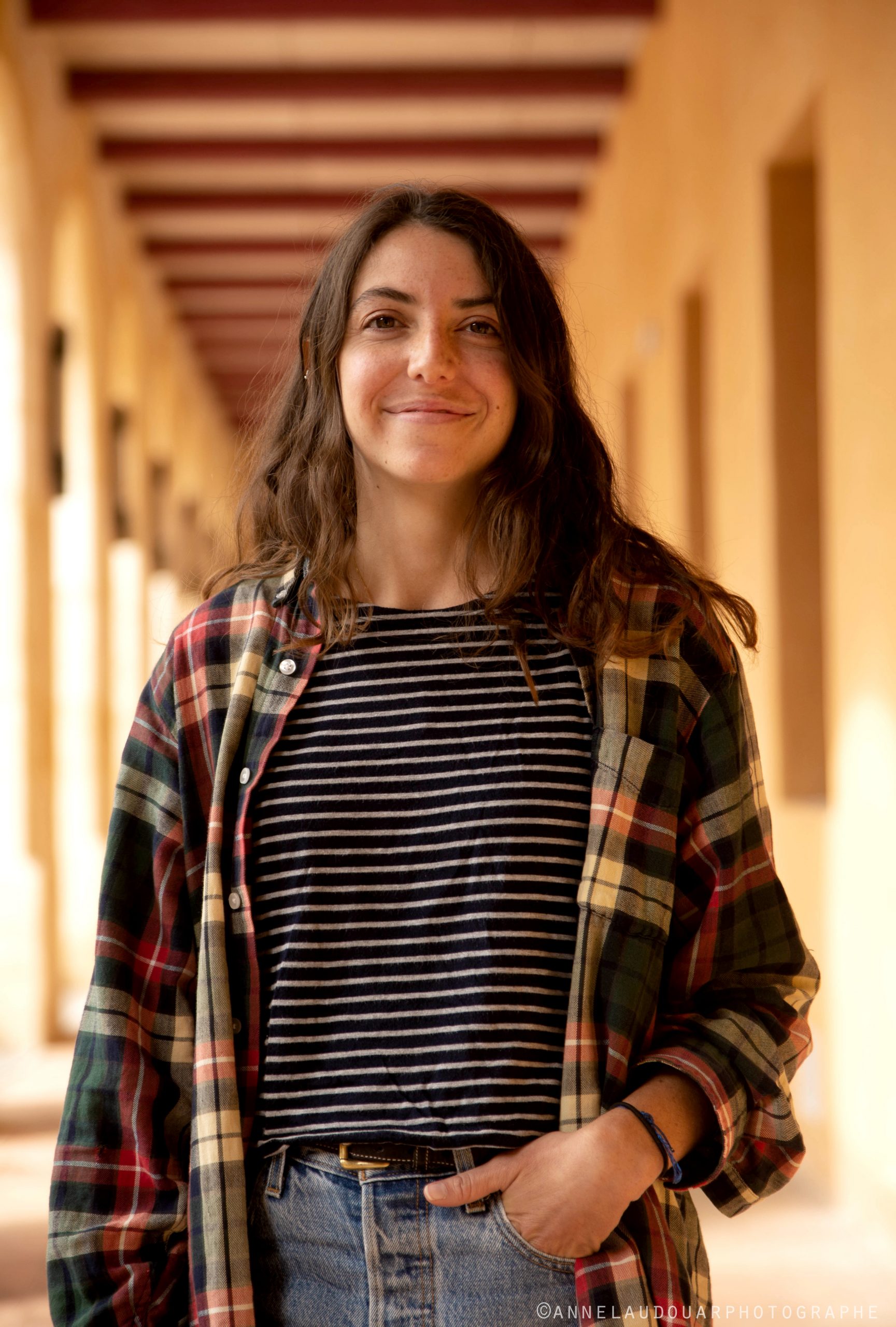 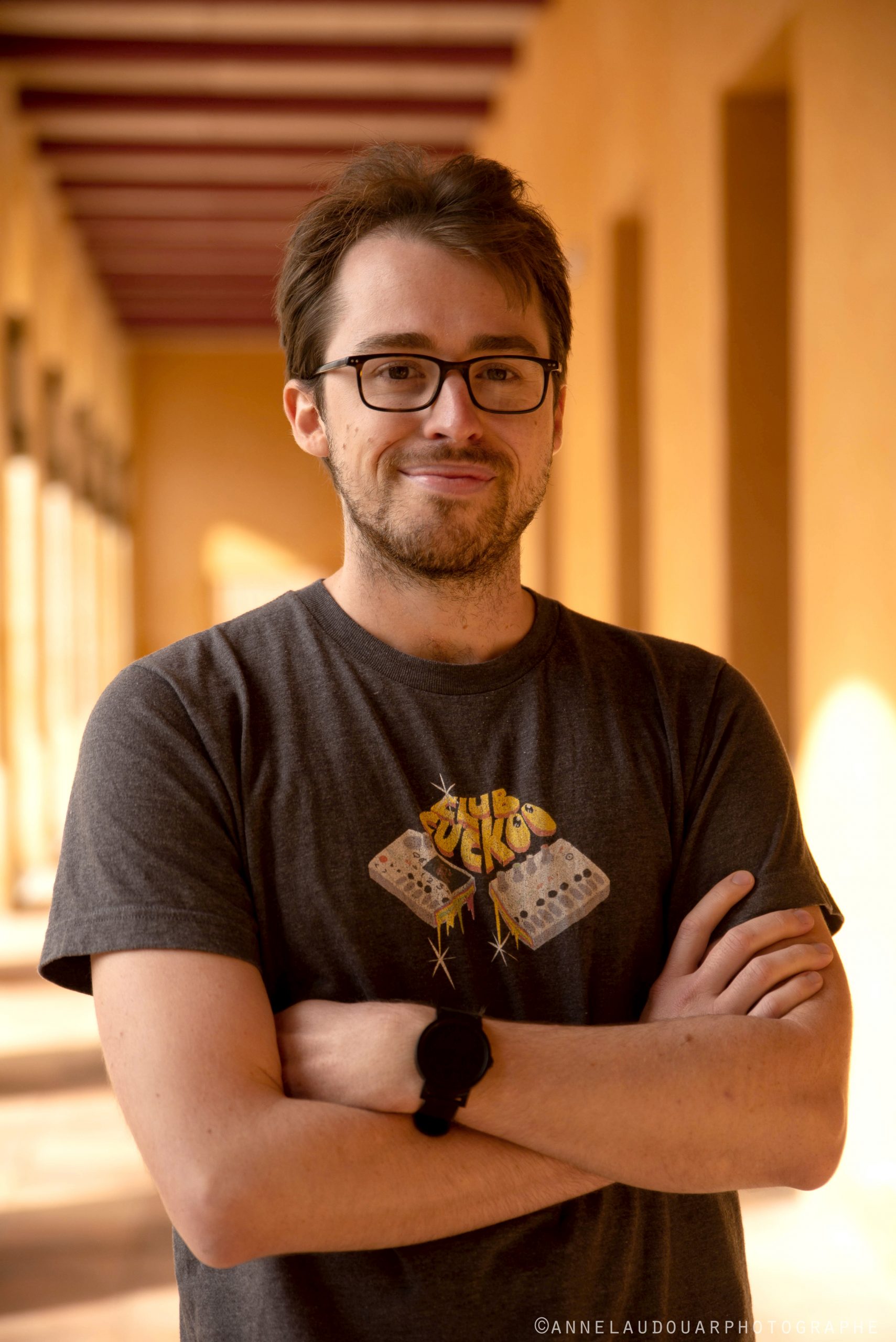 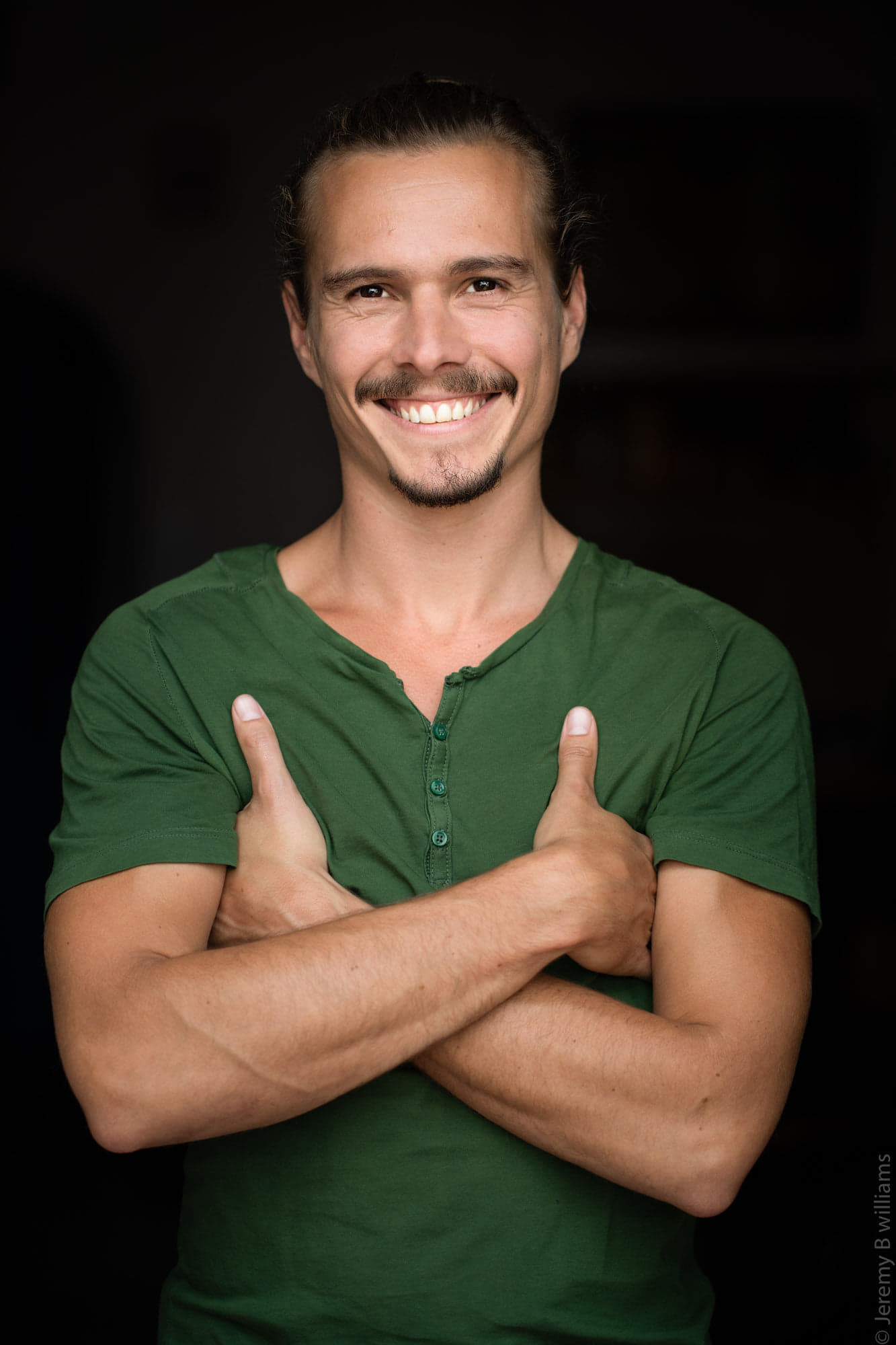 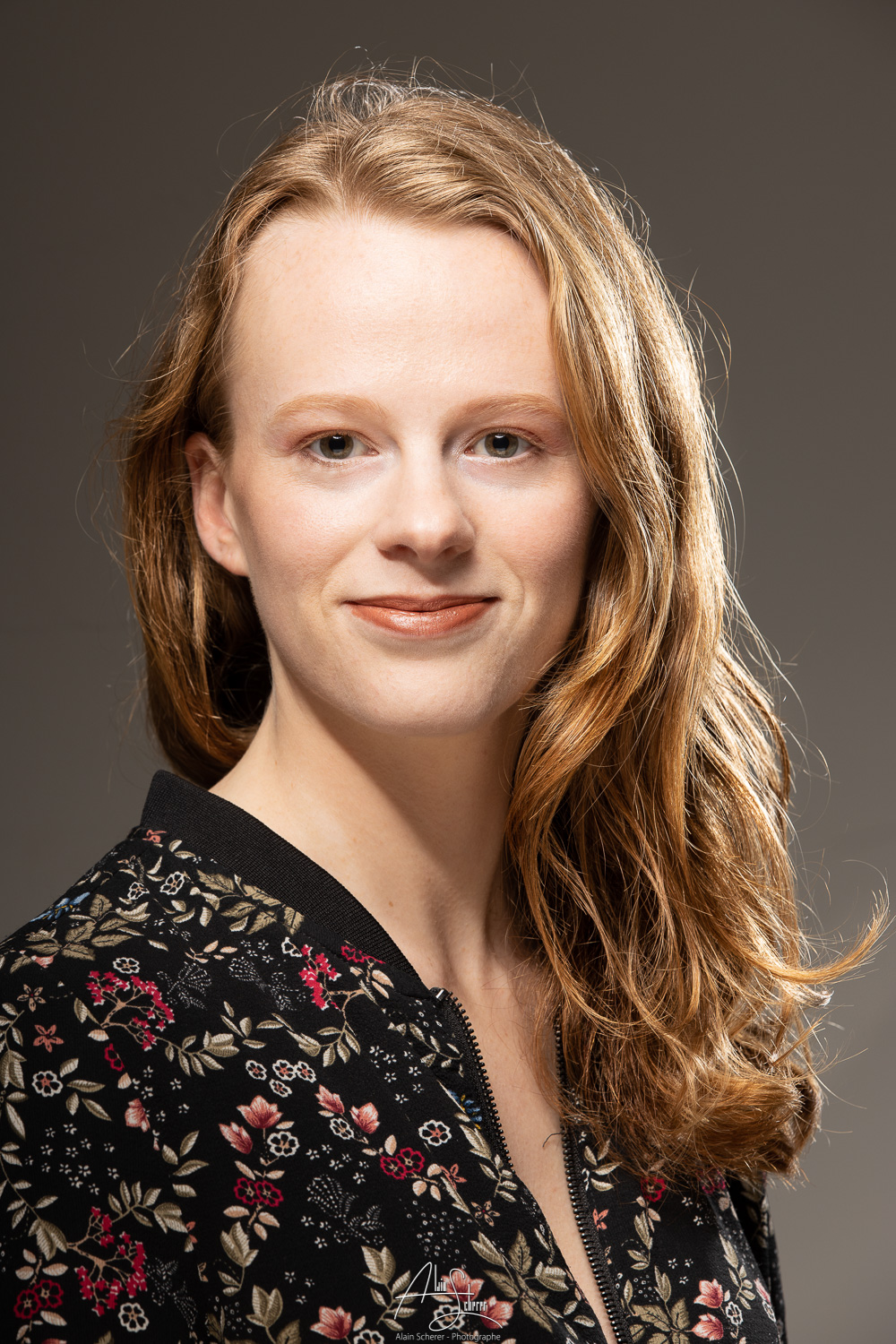 They also joined and collaborated…

Many thanks to all of them for their inspiration and commitment…

Born in Montpellier in 1992. From the age of 8, she began classes in classical dance alongside Sylvie Richaud at the Top Dance School in Teyran, then with Manuella Descamps at the Conservatoire à Rayonnement Régional in Montpellier. She discovered contemporary dance in parallel with Mylène Riou at Châteauroux and continued her education at the CNSDMP in Paris from 2005 to 2008 and at the ESNDM in Marseille from 2008 to 2010.

Wishing to diversify her career, she joined the P.A.R.T.S school in 2010 founded by the Flemish choreographer, Anne Teresa de Keersmaeker.

From 2011 to 2013, she joined the Nederlands In Theater II- Holland International Tour. She will work as a dancer in collaborations with Jiří Kylián, Ohad Naharin, Alexander Ekman, Johan Inger, Paul Lightfoot and Sol Leon in particular. She will perform over 20ths differents works on international tour.

She starts her own creations with few dancers from the nederlands Dans Theater 1 and 2 :  Profusion – 2012, Bring them home safely – 2013 and Charade – 2014 are presented with NDT dancers at Switch, an artistic event to support a charity.

From 2014 to 2015, she joined the Hofesh Shechter Company in London and will tour nternationally the repertorie of the company : Sun, Political Mother Choreografer’s Cut and Political Mother. She teaches the company’s repertoire during workshops around the world as well as to young audiences throughout England.

From 2014 to 2018 she collaborated with Compagnie Linga, directed by Marco Cantalupo and Katarzyna Gdaniec, for the new work ONA.

In January 2019, she participated in the collective creation “Chorus Line – Amphora” by Euripides Lazkaridis at CCn in Montpellier.

In 2019 she works as a dancer for the production of the opera Trionfo del Tempo e del Disinganno.

Currently she works as a choreographer and performer for the Compagnie Corps Itinérants, for the new works HARDMONIA (2019/2020) and FERUSA (2021/2022) and as a dancer for the creation Les monts brumeux de Virgile Dagneaux, Cie Virgule, based in Montpellier.

He also joins the Coline training course and works with Emmanuel Gat, Thomas Lebrun, Alban Richard and many others.

In 2018, he joined the creation “Chien et Loup” by Olivia Grandville and “Gameboy” by Sylvain Huc – Cie Divergences (Montpellier Danse 2018).

In 2019 he works Olivia Grandville “Pierre et le loup” and the new work of Dominique Brun “A48”.

In july 2020, he joins Cie Corps Itinérants for the creation of “HARDMONIA” .

Self-taught improvisational musician from Montpellier, he transposes his surreal DJ universe into various musical and multidisciplinary projects. His inventive play is in search of an instinctive language. Poetic hack, he makes sound through his turntables idiophones of his design, interrogates his sound material with quotations of chopped scratched fragments of vinyl records. He is a man orchestra using turntables as an original multi-instrument, in live, he gives himself, body and soul, to see and listen!

German Schwab is an independent lighting designer, musician and technician at the Octogone Theatre in Pully (canton of Vaud in Switzerland). For 15 years, he has been the technical director of the Linga company’s tours, for which he has directed the lighting creations of several productions (Step 1, We are not I, Solographies, Tabula and ONA). In 2020, he joined the Compagnie Corps Itinérants, for a first collaboration and light creation for the creation of Hardmonia.

After graduating as an architect with Les villes invisibles d’Italo Calvino, she discovers the world of live performance in 1987: it was the meeting of Dominique Fabrègue, then costume designer of the choreographer Dominique Bagouet.

Right after, she starts to consolidates her self-taught technique of cutting and sewing with a training in costume making at the GRETA in Bagnolet, and a Turinoise immersion in the De Valle workshop and the Regio theatre.

In the 90’s: she creates her first costumes, while maintaining ties with plastic arts and architects [posters, business and greeting cards, colorization of perspectives, creations of models of landscapes and reliefs plans for the Futuroscope, the City of Science, the Universal Exhibition of Seville… ].

The 1995’s were also a foray into advertising [display cases, styling and shooting assistance for Young & Rubicam, Publicis… ]. Since then, she has dedicated herself to designing and producing costumes and accessories for the live show, solo or as part of a team.
She also supported Dominique Fabrègue for twenty years, for his creations and research on the «1 piece» cutting technique.

In 2020 she joins the Compagnie Corps Itinérants for a first collaboration and creation of unique costume pieces for the new work Hardmonia.

Trained in Audiovisual studies at the University Paul Valéry, as well as on numerous internships, Flore is currently developing her activity as an audiovisual technician and director of portrait films, documentary films and visual communication. She also practices photography for professionals and individuals.

She starts to collaborate in 2020 with Compagnie Corps Itinérants for the new work HARDMONIA.

Self-entrepreneur since 2017, Valentin Williet trained in audiovisual communication. He specializes in university and business, notably in production, framing and assembly. Her previous experiences have allowed him to see video as an indispensable medium for communicating or promoting current topics. It also features 360° photos and videos and aerial images. Before studying for a bachelor’s degree in Cinema and Audiovisual, he hesitated to go into 3D animation, photography, music or communication. He finds in the video a skillfully dosed mix of writing, painting, photography, music and sculpture and it is this alloy that interests him and that he likes to assemble and harmonize.

Aurélien Ferru is a Montpellier performer, actor, physical theater and voice actor. He recieved the professional training of the actor at the Compagnie Maritime school in Montpellier from 2010 to 2013. He subsequently worked with various theater and dance companies which took him from Aurillac to Istanbul, and with a young audience company based in Lunel. Multidisciplinary, he also works on opera productions as an extra or dancer, but also as a voice actor for series and cartoons like PUCCA and as an actor for TV series like Plus belle la vie, Tandem or Ici tout commence.

From 2016 to 2019 he continues to train through various workshops, in particular with Toshiki Okada, Jan Martens, Argyro Chioti or Elisabeth Cecchi. Since 2018 he has been recieving and translating method acting workshops, under the direction of Robert Castle, and in 2020 he joined the company Corps itinérants for the creation of its next piece FERUSA.

As a choreographer she creates her solo «Naturellement Féminin» which she will present in 2019 at the Compagnie Martiitme, then a performance conference « What can I create that I don’t know? » as part of the Momentanés du Collectif L’Approche in Montpellier (2018). Then a lecture-danced at the Théâtre des Passerelles on dance studies, through the figure of Daniel Nagrin’s Strange Hero – Université de Lille (April 2018) Performance Conference on Initiation to Dance Research – University of Lille (28/03/2018) Solo Meditation, as part of the Festival «Les Temps danses» – University of Lille (01/03/2018).

In 2020 she joins Compagnie Corps Itinérants to transmit dance and movement reflexions into differentcs project with the following schools : – elementary school Jaurès in Béziers and Boujan-sur-Lirbon – 3ème segpa in Collège Jean Perrin in Béziers.